So here’s my answer, or the TL;DR version of this 50,000 word, ten-part series on BTS: the phenomenal success of BTS comes down to a once-in-a-lifetime synergy of Artist, Company, and Fan.

It’s definitely a formula (that Big Hit took all the way to the bank with its IPO) but this particular alchemy of ingredients is truly “lightning in a bottle.” It’s my sincere belief, and I hope you might agree after reading, that every single one of the elements to their success that I’ve discussed were essential to where they are today.

For those that came into reading this article with little to no knowledge of BTS, I hope you reach the end with a little more context and a lot of delight at the feel-good success story that really is BTS and its ARMY.

For ARMY, I hope my analysis was accurate and that I didn’t mis-represent your beloved group in any way. And if there are any people in your life who question your devotion - I hope you can send them a link to this series to help them understand and validate your obsession.

To be very honest, the more personal reasons I think I got pulled into ARMY was the comfort, joy and escapism BTS provided me with during a very difficult period of time for me (and countless others) in the early days of the global pandemic. Those reasons are absolutely not particularly interesting or unique; I think those are exactly the “buttons” or emotions most entertainment, whether music, film or video games, is trying to push or elicit. The master stroke was just how immersive and intricate and psychologically compelling the whole world Big Hit and BTS has created is, just like all the great modern entertainment franchises (Harry Potter, Marvel, Star Wars, League of Legends, etc.)

The immersive world that Big Hit and BTS have created through their music and stories has inspired millions upon millions of fans to continue to engage and feel invested in them as artists.

Product: Be crystal-clear, disciplined and focused on your core competency. For BTS, their core intellectual property (IP) and product is storytelling through music and performance. Business folk, feel free to roll your eyes as this may seem like Business 101, but it’s remarkable how businesses can get distracted away from this fundamental truth.

Distribution: You might be curious as to why I classified ARMY as “Distribution” in this equation. Isn’t Big Hit responsible for doing all the legwork from a supply chain and distribution perspective? It’s because in BTS's case, ARMY was the main means in “pull” marketing.

And a few more things:

What’s Next for BTS

K-pop contracts are typically 7 years in length, and BTS passed their 7th debut anniversary on June 13, 2020. BTS announced in late 2018, a year before their first contract expiry, that they had re-signed for another 7 years with Big Hit, taking them to 2024. In addition to the COVID-19 pandemic which wiped out this year’s world tour schedule, there’s been a lot of hand-wringing in the fandom about the ticking clock that is South Korea’s mandatory 18-month military enlistment. There was much pleading of and pressure on the government, given BTS's role as global Korean ambassadors and economic drivers, to give BTS an exemption, which has only intensified in light of the global success and influence of "Dynamite" (1.7 trillion Korean won or approximately 1.4 billion USD in economic effects for Korea). The Korean defence ministry just announced that while they are not considering exemption, they are mulling over the possibilities of deferral.  The recent lowering of the age of mandatory enlistment to 28 meant that Jin, the eldest member, should enlist before December 4, 2020, which is when he will turn 28. However, fans and investors learned in recent IPO filings that Big Hit has assessed that Jin will be able to delay enlistment until the end of 2021.  There’s been much speculation on how Big Hit will navigate this period of mandatory enlistment, given that the youngest member Jungkook is 5 years younger than Jin, and there are many videos, articles, and forum posts laying out different potential scenarios (i.e., going one by one, going in groups, going altogether) that you can indulge in if you’re so inclined.

Logically, Big Hit will try to bank as much music and content as they can in this period of time while they are a full seven member group, so that even after Jin (and potentially other members) enlists, the content machine continues to hum and churn as normal for as long as possible. Even now, we’re seeing how much content they banked in preparation for being outside of Korea for long stretches due to their world tour as some content being released now seemed to be filmed last fall. In addition, the groundwork has been laid over the last five years with both solo and sub-unit (usually 2-4 members) songs on albums as well as solo mixtapes so while there will be initial disappointment, fans will have familiar content to look forward to.

I also think Big Hit’s IPO timing was intimately tied to Jin’s enlistment date, and the big push this year to IPO and all the associated diversification activities the company has been engaged in is to present as strong of a front as they can while their cash cow, BTS, is intact.

The stars were aligned: you could not have scripted the week of October 15, 2020, the official listing date of Big Hit, any better. The week began with Big Hit officially reporting that they sold 993,000 tickets to BTS's virtual concert series (Map of the Soul ON:E) held on October 10 and 11. (They beat their own Guinness record for virtual concert attendance.) On October 12, Billboard announced that BTS had just achieved its fourth Billboard Hot 100 #1 with a second track, a remix of "Savage Love" they featured on, after making their official debut at #1 just a few weeks prior with "Dynamite" (which was hanging steady at #2, seven weeks after release, on the same chart.)

There’s a lot that BTS and Big Hit are pioneering in this lockdown period that can serve as excellent case studies for entertainers, not because we’ll be in lockdown forever but that the lockdown only accelerated the shift to digital for all industries.

Openly ambitious, Suga has repeatedly stated that a Grammy win is his next goal and recently added playing the Super Bowl halftime show (71,000 people in the arena and 120 million watching at home) to the list. Either could be the thing that cements BTS’s status as household names.

2020 was slated to be the Year of BTS, as the group stepped fully into their mantle as the most popular musical act in the world with an ambitious new album and a massive stadium world tour. Then Covid-19 hit. And yet, BTS and Big Hit forged on, buoyed by their early and ongoing groundwork in digital engagement and distribution, and adapted quickly and nimbly to our new world. Given the early statistics of how many new followers they’ve gained since the pandemic began, I’m positive that their fanbase will only continue to grow as most of the world continues to stay at home, enabling a thorough catch-up on the 7+ years of content new fans have missed out on. It’s truly been a joy to get to know RM, Jin, Suga, J-Hope, Jimin, V, and Jungkook, individually and collectively as BTS over the last six months and I hope that you’ll be intrigued enough to get to know them too.

For those looking to work for Big Hit… happy to have you crib answers from my analysis:

Now that we’re all facing more time in various forms of lockdown to beat Covid-19, take a watch, listen, and read through the companion resources I’ve put together. Consider it your starter pack in becoming a fan. And when you come back to me to complain about how BTS has monopolized all your free time, don’t say I didn’t warn you…

Get the latest posts delivered right to your inbox 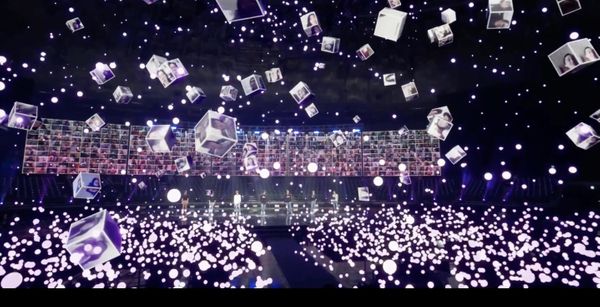 How the emotional bond between BTS and its ARMY has created a truly symbiotic investment in success between the band and its fans.

Stay up to date! Get all the latest & greatest posts delivered straight to your inbox